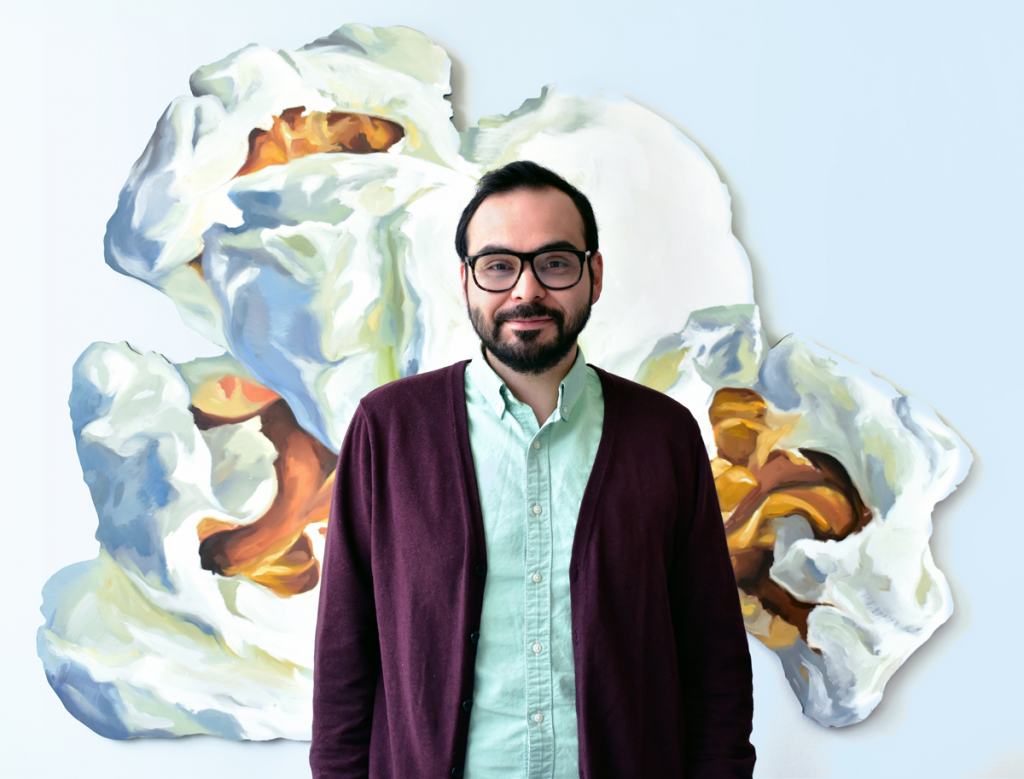 Delgado arrives from the American Film Institute’s Silver Theatre and Cultural Center, where he was an integral member of the programming team, presenting over 800 annual offerings with film festivals, repertory, and first run films. While at the AFI Silver, he co-founded and co-hosted the Silver Streams podcast and helped lead the film selection for AFI Latin American Film Festival, one of North America’s largest and longest-running showcases of Latin America cinema.

“We’re thrilled to welcome Ben to the team,” said Andrew Sherburne, FilmScene Executive Director and Co-Founder. “He brings a wealth of curatorial experience and a deep knowledge of film that pair well with his approachable presence, collaborative nature, and desire to expand programming and engagement to better serve our growing community.”

A native of Evansville, Indiana, Delgado received his master’s degree in Arts Policy and Administration at The Ohio State University in 2013 before beginning his film programming career at Miami’s Coral Gables Art Cinema.

“I am excited and honored to join the FilmScene team and build upon the innovative and diverse
programming that has made the theater a cultural cornerstone of Iowa City,” said Delgado. “I look forward to working directly with the community in continuing the cinematic tradition that has made FilmScene what it is today and building on that work to grow it further with new additions that showcase underrepresented voices often left outside of the established film canon.”

Delgado was selected after a nationwide search to succeed outgoing programmer Rebecca Fons, who returns to her home in Chicago as the Director of Programming at the Gene Siskel Film Center.

“Rebecca left a lasting impact on our organization and community,” said Sherburne. “In implementing diverse initiatives including Reel Representation, Pride at FilmScene, African Diaspora, Science on Screen and FilmScene 101 made FilmScene a more welcoming and engaging home for all movie lovers, and contributed to FilmScene’s growing national reputation as a flagship arthouse cinema. We’re grateful that, as one of her final contributions, she helped us find a talented successor to continue that work.”

As Programming Director, Delgado plans and manages the film programming at FilmScene, plays an integral role in maintaining FilmScene’s esteemed curatorial standards, and cultivates community engagement through cinema. He will play a critical role in cultivating an equitable, dynamic and welcoming environment, serving the mission of FilmScene locally while also representing the organization nationally.

Ben Delgado is the Programming Director at FilmScene, Iowa City’s premiere art house theater. After earning his master’s degree in Arts Policy and Administration at The Ohio State University in 2013, he began his programming career at Coral Gables Art Cinema where he helped develop artists’ services programs to aid local filmmakers and curated a diverse film selection with key collaborators to present everything from anime retrospectives to U.S. premieres with award-winning filmmakers in person for a Q&As and workshops. In 2017 he took the journey from sunny Miami to the nation’s capital to join the programming team of the American Film Institute’s Silver Theatre and Cultural Center. He played an integral role in presenting everything from 30 piece plus orchestras accompanying silent movies to BIG LEBOWSKI costume contests among the over 800 annual offerings with film festivals, repertory, and first run films. While at the AFI Silver, he also co-founded and co-hosted the Silver Streams podcast, a weekly podcast from the programming team previewing the cinema’s offerings and doing deep dives into classic movies. When he’s not obsessing over films and all related media, he can often be found playing notoriously difficult video games very poorly. Dark Souls anyone?

FilmScene is a mission-driven, nonprofit organization dedicated to enriching the cultural vitality of the Iowa City area through film programming that challenges, inspires, educates, and entertains.

Founded in 2011, FilmScene opened a single-screen cinema in fall of 2013, FilmScene on the Ped Mall. Over the course of one decade, supported by an enthusiastic community, FilmScene has expanded twice, adding a screening room in 2013 and a second location, the three-screen state-of-the-art FilmScene at the Chauncey in 2019. In 2021, FilmScene began operating a seasonally permanent outdoor space, FilmScene in the Park.